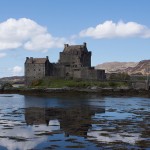 Despite having over a dozen overseas places on my ‘must visit’ list, 2015 was a year in which I stayed on these shores, unless you count the Channel Islands as abroad. Although outside of the United Kingdom, I don’t regard our annual holiday in Herm as a trip overseas. Holidays Apart from a day trip to Llandudno in April, my first holiday was a repeat trip to the Outer Hebrides, this time on an organised rail and coach trip. The last time I was in the Hebrides, Sandra and I flew there and drove the length of the Isles from Barra to Stornaway. [Read more] 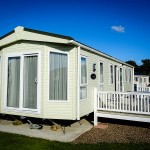 Following holidays in the Outer Hebrides and Herm, I chose Northumberland in mid-August for my final week away for 2015. This was a county that I had travelled through on the East Coast train line several times, but I had never stopped there. I had been told by many people that the county was a picturesque place, and so it turned out. Lapwing 43, our caravan for the week Sandra and I stayed in a luxury caravan at Seafields Caravan Park on the edge of the village of Seahouses, a pretty coastal village with an attractive harbour with views out to [Read more] 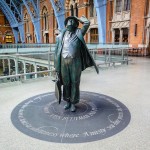 During early May, I went on a touring holiday of the Hebrides organised by Railtrail, who I toured North Wales with a couple of years ago. This is a report of my holiday. Day 1 – West Coast main line Instead of going directly to Glasgow, where the tour was to start, I decided to go to London and travel up to Glasgow on the West Coast main line. I went down to St Pancras on the 07:48 East Midlands train from Alfreton, arriving in London around 10:15. This journey was comfortable and uneventful and the train arrived on time. [Read more] 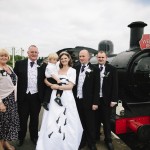 2013 was a year that will always by in my memory, thanks to the wedding of my eldest son Jamie, to his long-time partner Alice, and four amazing holidays. My trips this year took me to the Outer Hebrides, along the railways of North Wales and return visits to Tromsø and Herm. Jamie’s and Alice’s Wedding The wedding took place on June 8th and was a day to remember. The ceremony took place in the Booking Office of the Midland Railway Centre at Butterley and was followed by lunch on a steam train, which made several journeys along the line [Read more]

The last leg of our self-drive holiday was based in Stornoway, the capital of the Outer Hebrides, where we spent three nights in the Royal Hotel. Before reaching our destination, we had to take another car ferry journey from North Uist to Leverburgh in the south of the Isle of Harris. As we crossed over to Harris, on waters that were so shallow that we could see the bottom on many occasions, we could see the landscape ahead of us was more mountainous than on the other islands. We were yet to find out just how desolate and wild the [Read more] 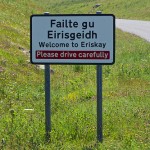 The second leg of our Outer Hebrides self-drive tour began on Eriskay, and a visit to the Am Politician pub. The name of the pub celebrates the island’s main claim to fame which is the World War 2 shipwreck of the SS Politician and the consequent liberation of its cargo of whisky. The sinking of the SS Politician is immortalised in the novel, and later film, ‘Whisky Galore’. After half an hour in the beer garden, again in glorious sunshine, we started the three-hour journey through Eriskay, South Uist, Benbecula and North Uist to out hotel for the second leg of [Read more] 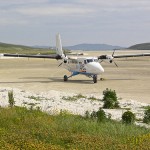 The first leg of our self-drive tour of the Outer Hebrides was on Barra, and its neighbouring island of Vatersay. Our arrival on Barra was spectacular, to say the least. We travelled over from Glasgow International Airport on a De Haviland Twin Otter aircraft, specially adapted for landing on a beach – yes, a beach! Barra Airport is one of the few places in the World where scheduled flights land on a beach. The airport is situated in the wide shallow bay of Traigh Mhor at the north tip of the island. The airport has three runways, marked by concrete poles at their [Read more] 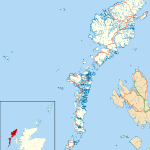 On Thursday 18th July 2013, my wife Sandra and I went on a self-drive tour of the Outer Hebrides. The seven night holiday started with two nights in Barra, at the southern end of the islands, followed by two nights on North Uist and concluding with three nights in Stornoway in the north of the islands. The holiday was arranged by Hebridean Hopscotch, a company based in Stornoway, and specialising in holidays in the Outer Hebrides. The company chose and booked the hotels, booked the ferries necessary to travel between the islands and arranged for a hire car to meet [Read more]